Clean Up Your Past: Understanding Expungements

According to the Ava DuVerne documentary, 13th, Americans make up 25% of the world’s prison population. Millions of people are released from jails every year. Maybe one year, you were included in the millions of people who were released after being incarcerated. Although you may no longer be incarcerated, on probation or interact with the criminal justice system at all, you may still be experiencing the ramifications of your actions from years ago. If that is you, then it is imperative that you understand expungements.

What is an expungement?

According to the American Bar Association, “[i]n law, “expungement” is the process by which a record of criminal conviction is destroyed or sealed from state or federal record.”

What is the benefit of an expungement?

The Kansas Supreme Court wrote in a 1974 decision the following:

The consequences of a criminal conviction include not only the formal penalties and restrictions imposed by law but also collateral sanctions incidentally imposed by society. Although the criminal offender has paid his debt imposed by law, society stigmatizes him with the ex-convict label…An annulment of conviction statute is an aid to an ex-offender in regaining his human dignity and self-esteem…Such statutes are based on the philosophy that fallen men can rise again and should be helped to do so.

How do you know if you qualify?

Expungements are governed by state law also known as statutes. The Kansas Statutes Annotated outlines the parameters for expungements. There are two general questions, that will need to be answered in determining if you qualify for an expungement. The first question is what type of conviction, arrest, or diversion are you wanting to expunge. The second question is how long ago did you satisfy the sentence associated with the above mentioned infraction. An attorney can help you navigate whether you qualify for an expungement.

How do you get an expungement?

The simple answer is that you must petition the court. In order to do so, you must fill out an expungement application. There is an option to file pro se, or without counsel. You will also need to pay the filing fee for an expungement. However, due to the complexity of the statute, application, and possible court appearances it is recommended that you hire and attorney to complete the process on your behalf and advise you on life after your expungement.

At Fields Law, we believe in a wholistic approach to legal representation. Expungements are a vital tool in taking steps forward in beginning, developing and growing a lasting legacy. 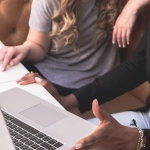 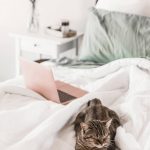